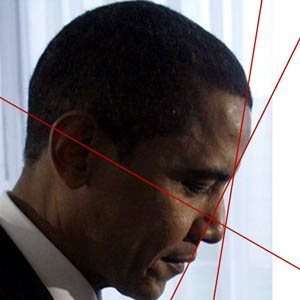 We were inspired by last night’s State of the Union address.

Most people are familiar with the impact that television made on the presidential debate between Kennedy and Nixon in the 1960s. By providing a visual association with each candidate, viewers were swayed in their belief of who won the debate. We now know that the details of a candidate’s appearance during an election are well planned and deliberate.

You may also be interested in knowing that particular facial features are often associated with strength. On the other hand, there are those features that are commonly linked to passiveness such as smaller chins, larger eyes, and “baby-faced” appearances. Typically, past presidents and other notable strong leaders often have similar facial structures which imply strength and attractiveness: a strong, square jaw, a flatter forehead , and a well-projected chin.

Watch a snipet of the 1960 Kennedy v. Nixon debate by clicking above. Who do you think won the debate? How important of a role does appearance play in leadership?

Tweet
*Unless otherwise stated, models are used throughout this website. Individual Results may vary depending on many factors not all patients "feel" or achieve the same results.