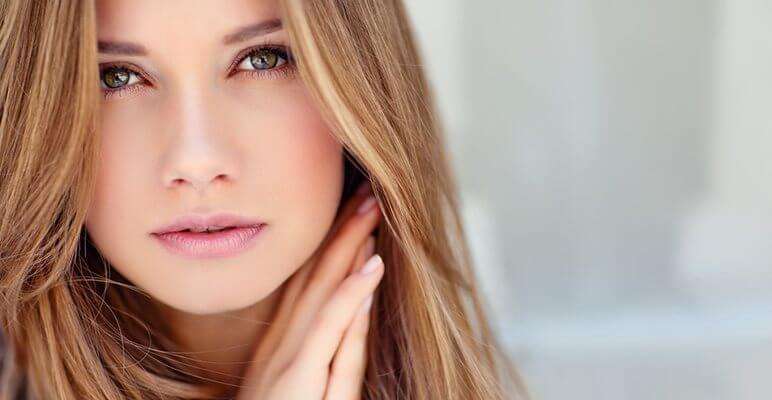 Acne vulgaris, which we commonly know as acne, affects virtually everyone at some point, and 40 to 50 million Americans suffer from this skin condition. It’s characterized by whiteheads, blackheads, small red pimples, and for some, large cystic and painful red bumps. It’s a nasty condition because for the most part it affects teenagers, who have the least tolerance for the psychological difficulties associated with it. (Approximately 75 percent of those with acne are between ages 11 and 25.) 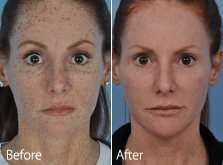 Severe cystic acne can lead to permanent damage, and I guess one could say “character-building scars.” Two famous actors, Tommy Lee Jones and Edward James Olmos, immediately come to mind. However, most teenagers would rather build their character another way!

Adults are not immune to acne, and it tends to appear around the chin and jaw line. Some reports say that 80 percent of adult women report persistent acne, and 53 percent of women over the age of 33 have premenstrual acne flare-ups. Acne seems to be less common in men after the age of 25.

Acne is common in teenagers because their puberty-dependent sex hormones are being released at high doses and the oil glands are particularly sensitive to these hormones. The fluctuations in hormone levels during both the menstrual cycle and menopause may also influence acne breakouts.

During these times, the oil glands are stimulated to produce more sebum (a waxy-like substance). In addition, in teenagers, skin cells reproduce rapidly. A hereditary component certainly exists, and some people have a predilection for excess buildup of skin cells and oil production.

Excess buildup of skin cells blocks a skin pore and forms a plug. If the plug is under the skin surface, it has a white color and we call it a whitehead. If the pore is open to the air, the plug turns black and is called a blackhead. The combination of the plug and excess sebum production results in a backup of oil, which is a breeding ground for proprionic bacteria. When this bacteria flourishes it stimulates inflammatory signals that cause the red-hot, painful, and pus-filled pimples to form. In severe cases, large cysts form under the skin surface and these can lead to permanent “icepick” scarring.

Does food cause acne? Most people think it does. However, food itself is not a direct cause of acne, although some people have allergies to foods that cause a facial rash. However, this is usually very different from acne and is treated differently.

On the other hand, stress increases steroid levels in the body and can cause fluctuations in sex hormones. So, stress can have an indirect effect on acne formation.

How To Prevent Acne Outbreaks

Acne breakouts always seem to appear at the worst time, and that applies to people of all ages. I see patients who have a big party or other event coming up, but out pops a big ol’ cranberry on their cheek. Then they rush to my office or call the emergency hot line to ask what they can do about it and fast.

In order to prevent and/or treat acne, we have to minimize the underlying causes.

First, it’s advantageous to have a stable skincare regimen that maintains a good balance of skin cell turnover and oil buildup in your skin.  This regimen may also change depending on the weather and the season, and for some women, the phase of their menstrual cycle.

Hormone production can be reduced or blunted by taking OCPs, or oral contraceptives, commonly called birth control pills. Many women note that they have fewer breakouts when on the pill. This happens because OCPs cause testosterone levels to drop. (Testosterone is the hormone responsible for increased oil production.)

Athletes of both sexes who abuse anabolic steroids have higher levels of testosterone in their bodies. So while they may like the increased muscle mass, they also experience increased acne. This is one of the many negative side effects of using performance – enhancing doses of steroids.

Another key component in preventing and treating acne is to prevent pores from clogging or to unclog ones that are already blocked. I recommend using a water-soluble, easily rinsed, gentle skin cleanser and lukewarm water. Avoid bar soaps or cleansers with heavy alcohol or astringents because they can irritate the skin or aggravate existing breakouts.

I usually recommend a gentle cleanser made by Cetaphil, although many are available. Cleansing can be followed by removing excess skin debris with a salicylic acid (SA) product. SA is a known keratolytic, which means it breaks down and sloughs off the extra skin cells. SA is particularly good at penetrating oil glands and is much better than a glycolic acid. It also has anti-inflammatory characteristics that allow it to open up the pores and decrease the built-up inflammation.

SA comes in many strengths and forms, including solutions, gels, lotions, and creams. Over-the-counter strengths range from 0.5 to 2 percent and it’s important to have a pH of 3 to 4. A pH above this may block effectiveness. A lotion base is probably best, as solutions or gels may dry and irritate the skin and cream bases may be too oily for acne-prone skin.

If SA doesn’t unplug the pores, then products derived from Vitamin A are available by prescription. These include Retin A, Renova, Differin, and Tazorac. All these products help to break down skin cells to treat clogged pores and prevent further clogging. These products have other benefits, too, in that their anti-inflammatory qualities help improve the appearance of aging skin. This is why they are great options for women in their forties who still have acne.

Some facts about these products:

The goal is to disinfect the skin by removing or killing the bacteria responsible for causing acne. Benzoyl peroxide (BP) is a good product for treating acne caused by a type of bacteria known as propionic acnes.

This product comes in multiple strengths from 2.5 to 10 percent and in multiple forms such as soaps, washes, and cleansers. It’s good to use this product following an SA wash, which opens the skin pores and allows the BP to do its job more effectively.

Evidence exists that BP and a topical antibiotic, such as clindamycin (available by prescription) work together well. If BP alone isn’t working, the combination is a good option. If topical antibiotics are not effective enough, some people respond well to oral antibiotics. Of course, this generally shouldn’t be a first-line therapy because of the possible side effects of any antibiotic, including yeast infections, stomach upset, and increased sun sensitivity.

However, most people see acne clearing up quickly when they begin oral antibiotics.  Today, the antibiotic minocycline seems to be the best option for acne.  However, continued use causes the acne bacteria to develop resistance to the antibiotics, thereby making it ineffective. (This is what happened with erythromycin, an older antibiotic mostly out of circulation for this reason.)

Procedures And Other Treatments

Those who don’t want to take a potentially dangerous oral medication may consider light-based laser treatments for improving acne. Lasers alone or lasers used in combination with a topically applied solution called photodynamic therapy have proven very successful. In fact, they may soon be the treatment of choice for moderate to severe acne control.

On specific occasions, we will suggest that a patient opt for a fat transfer to smooth indentations from acne scarring.  This procedure is performed in a sterile procedure room. During the fat transfer, in addition to the fat, we believe that your own stem cells and growth factors are actually transferred as well and this can help stimulate cell growth to help rebuild tissues and smooth indented acne scarring. To further enhance the effects, we typically recommend the fat transfer be done in conjunction with a fractionated laser treatment so that the two can work synergistically to stimulate and maximize collagen production.

For mild acne, a new home-based device has recently received FDA approval, although it is not an OTC product and must be obtained through a doctor’s office. Called “Clear Touch” (Radiancy, Orangeburg, NY), this handheld, low-level-light–based device uses heat and a photochemical effect to destroy acne bacteria and pimples. It’s applied to the acne lesion in a treatment regimen that takes about 10 minutes twice a week. The majority of patients see a reduction in the appearance of pustules (pimples) and blackheads within two weeks.

I expect that we will soon see more handheld light-based devices for in-home acne treatment. Most likely, these devices will be used along with, rather than replacing, in-office medical treatments for acne. (We likely will see similar devices for skin tightening and pore reduction, too.)

When Acne Is Severe

Those with severe acne may be candidates for Accutane, a powerful drug taken orally that stops acne in its tracks. It’s only taken for a short period of time, but the results can last for months or years. The side effects and other facts important to note are:

The drug causes birth defects to a fetus if taken during pregnancy. This is such a big  issue that a woman must have two negative pregnancy tests and agree to use effective contraception before she can get a prescription for the drug.

Some reports mention increased depression and suicide in people taking Accutane. I tend to find this data a bit suspect, but it is reported so I mention it.

Accutane significantly interferes with wound healing. Those who want a laser resurfacing treatment must wait about a year after finishing the Accutane treatment in order to undergo laser treatments.

For information on how to treat acne scarring.

Women who have naturally high levels of testosterone, or who are affected by a condition called polycystic ovary disease (PCO), may be candidates for a medication called spironolactone, which blocks the release of excess hormones. In PCO disease, the affected ovaries produce excess male hormones and that leads to heavier hair growth on the face, arms, and chest. In terms of our discussion here, PCO also results in acne.

Spironolactone can be effective, but it also leads to undesirable side effects including dizziness, breast tenderness, and irregular, painful periods. Spironolactone may negatively affect growing fetuses, and blood pressure and potassium levels as well. This medicine should be reserved for those with severe resistant acne. It is very important to discuss all the risks, benefits, and side effects with your treating physician.