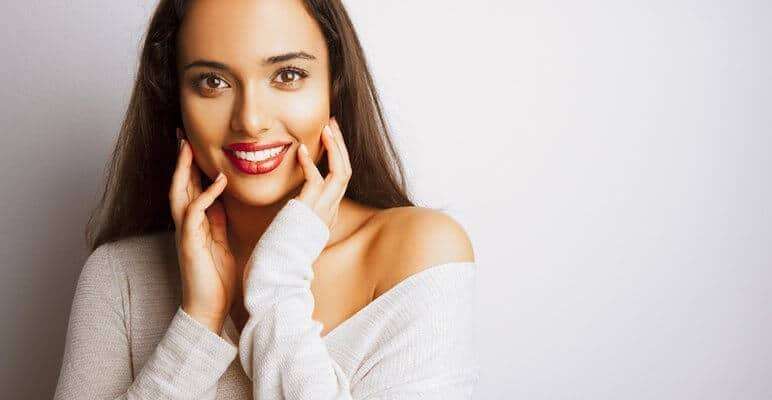 Years of sun overexposure and aging can precipitate the appearance of unsightly facial blemishes. Remedies in the past for treatment were fraught with skin burning and inconsistency. Today, we are fortunate to have the latest in laser technology to effectively treat and reduce these age-defining blemishes.

By undergoing a short series of quick laser procedures, we can selectively delete these lesions. The treatment is performed in the office and you can expect to immediately return to your social or work schedule. We will recommend that you stay out of the sun, and we may also recommend a topical cream or lotion to optimize your treatment outcome.

What Are Brown Spots?

Brown spots , also known as solar lentigenes, are sun-related age changes. They differ from the birthmarks or moles that we are born with. Because skin cancer is on the rise, increasingly common blemishes and colored spots on the skin may be a marker for skin cancer. This is an important concern that cannot be overlooked, and you should ask your doctor about this issue.

When you look in the mirror, solar lentigenes typically show as light brown, flat spots on the skin’s surface that can be as small as a freckle or the size of a quarter. They look are often seen on areas of the body that see a great deal of sun exposure, such as the hands, face, chest, and arms. Brown spots are prevalent in the U.S. Caucasian population, affecting about 90 percent of that population over age 60.

These brown spots may be referred to as liver spots, but they have nothing to do with the liver. Medical professionals believe they’re related to sun exposure, which is why they often occur in addition to wrinkling and other signs of aging, such as dark spots, blotchy appearance of the skin, and red blemishes. While they most commonly begin appearing on the skin of women in their mid-thirties, forties, and into their fifties, brown spots are becoming more common in the younger population.

How To Prevent Brown Spots

In order to maintain a youthful look, sunscreen is critical because dark, blotchy skin becomes more obvious during the middle years and sun exposure accentuates it. If you want to prevent brown spots from forming, start using sunscreen immediately and consistently, every day. Many of the topical treatments below assist in reducing the appearance of current brown spots, while also helping to prevent the formation of new ones.

Brown spots can be superficial in the epidermis or they may sit deeper in the lower layers of the dermis. If they sit superficially, the brown spots can be treated with topical bleaching agents such as hydroquinone, azelaic acid, and kojic acid. Additionally, Retin A is helpful in treating brown spots. All inhibit the production of melanin, the brown spot pigmentation. Hydroquinone and azealaic acid have been shown to be more effective than kojic acid, which can also be very irritating. Hydroquinone has been controversial and even pulled off the market in some other countries because of a rare condition called onchronosis, which can leave a dry, ashen appearance to the skin (a review by the FDA is still pending).

This occurs particularly in individuals with darker skin who use it over a long period of time. Some concerns exist about carcinogenic properties associated with hydroquinone, but the substance has been used in the United States for over 40 years and has a good history of safety, with few side effects other than mild skin irritations.

In our practice, we currently use a prescription strength hydroquinone called Triluma (Galderma), containing hydroquinone, steroid (fluocinolone acetonide), and Retin A. This is given to people who have a greater tendency to get brown spots and are very sensitive to the sun. The treatment breaks down the current brown spots and helps prevent new ones. Topical antioxidants such as Vitamin C and salicylic acids, which are part of many skincare regimens, have been shown to be effective at reducing pigmentation. Because these products are best at preventing the formation of new brown spots, they take about three to four weeks to be effective, so this treatment is not a quick fix.

Bearberry and mulberry extracts also have been reported to help reduce pigmentation but are generally not considered as effective as the substances listed above. While these extracts are not particularly helpful for existing brown spots, they may help prevent new ones from forming.

Procedures and Other Treatments

We suggest meeting with a dermatologist or plastic surgeon to undergo a thorough evaluation, after which you may want to consider pharmaceutical topical agents such as those mentioned previously. In addition, microdermabrasion and chemical peels are in-office procedures with minimal downtime that may effectively treat blemishes and blotchiness associated with aging.