Carol has trusted Dr. Dayan with her eyes, neck, and chin since 2004. She first learned about Dr. Dayan through a family doctor. However it was Dr. Dayan’s compassion and how comfortable she felt with him that made her choose the Chicago facial plastic surgeon. Carol received a facelift, blepharoplasty, and chin implant. 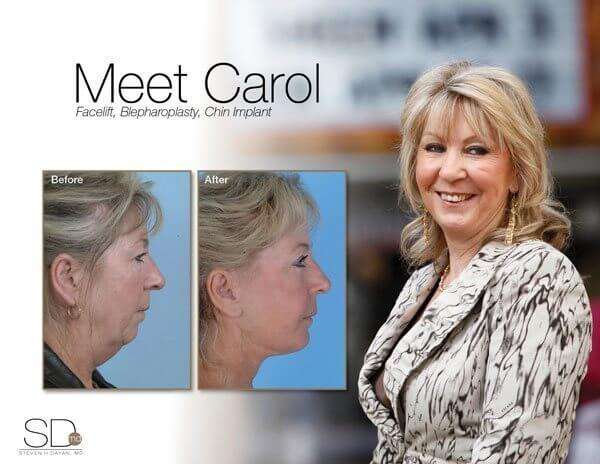 When Carol told her family about her procedure, they were all very excited for her. After receiving her treatment in 2004, Carol started seeing results from her neck lift about 3-4 weeks later. She says the most surpising part of her experience was seeing the before and after pictures. Ironically, Carol’s primary concern going into surgery was how the results would turn out, but still today, she loves her appearance. Not only does she believe that she looks better, she feels better.