Catherine said that she wasn’t happy with her appearance and was losing confidence before coming to Dr. Dayan’s office. It was word of mouth that introduced Catherine to the practice. She says when she told her friends and family that she was considering a treatment, they were intrigued. They shared Catherine’s curiosity and excitement about seeing the results. After Catherine’s treatment, a few people even came to see Dr. Dayan themselves. 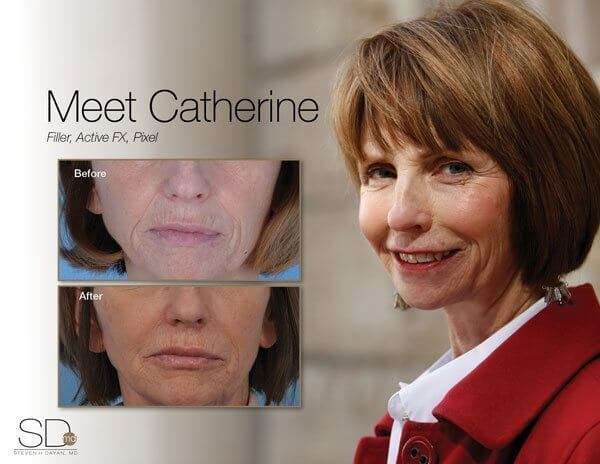 However, Catherine was not without concerns. She considered the price, and she did not want the filler to appear like “too much.”

“I would definitely do it again. I feel better about myself,” says Catherine. “I have more confidence.”