When Kathy told her friends that she was considering a cosmetic facelift procedure, they were hesitant about it. 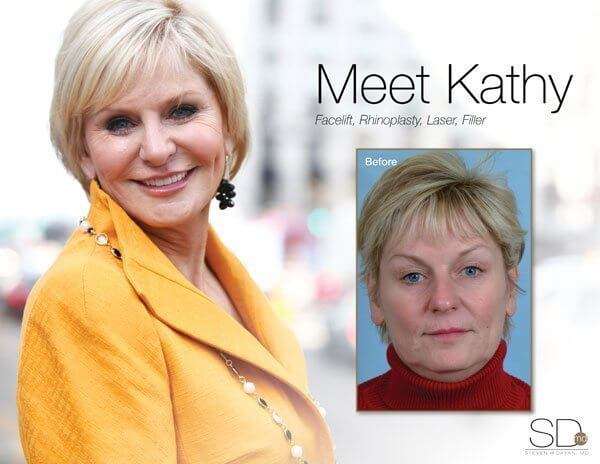 Kathy says she discovered Dr. Dayan’s office via referrals from other satisfied patients. She chose Dr. Dayan because she wanted a natural appearance, like many of Dr. Dayan’s Chicago and Greater Illinois patients. She desired to look like a refreshed version of herself, not plastic or fake.

“He is conservative and makes you look natural. Not overdone,” she says.

Kathy received a facelift in 2007 and subsequent laser treatments. Kathy says that although she had some hesitations about the recovery process, it was actually “amazing,” and the practice provided her with “complete follow up.” She saw results immediately and calls the process “life-altering.”

“I feel more confident, and of course, with my Dr. Weller smile and Dr. Dayan’s magic—I’m fabulous.”