Meet Lina, a 36-year-old Chicago rhinoplasty patient of Dr. Dayan. Like many of Dr. Dayan’s rhinoplasty, Chicago-based patients, Lina found Dr. Dayan on Google. She was interested in rhinoplasty because she was “self-conscious about her nose” she says. 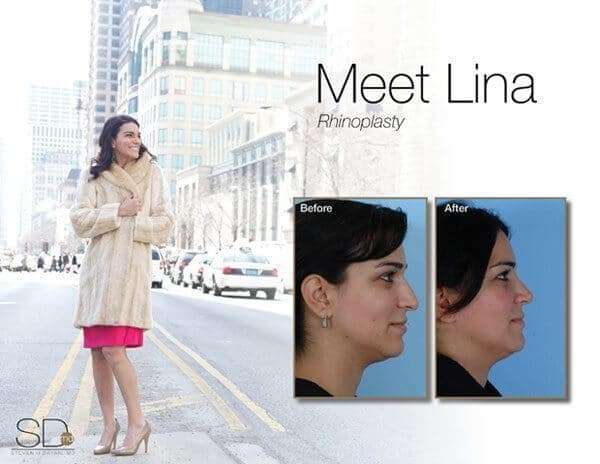 Lina’s rhinoplasty took place in September of 2005. Prior to her treatment, Lina says that she was a little nervous about how her result would look. However, Lina started seeing results in two weeks and “loved it.” According to Lina, there were no scars left.

“Five stars from beginning to end. Dr. Dayan was very thorough and knowledgeable. I knew I was in good hands,” says Lina.

Now, at events and special occasions, Lina feels great about the way she looks. Lina was fortunate to have very supportive friends and family. They loved her result… as do we. This is her story.

“Would totally do it again,” says Lina. “Ending results… priceless.”